HISTORY OF MAFEKING
Before the start of the Anglo-Boer war in 1899, Colonel Baden Powell was sent to gather a regiment to defend the border on the north of the Transvaal republic. He chose Mafeking as a supply base. The war started on the 11th of October 1899 and by the 13th of October the town was surrounded by an army of thousands of Boer forces, who cut off the roads and rail and the telegraph line. Baden Powell’s regiment consisted of 700 soldiers, to defend a frontier around the town of 10 km, against a Boer force of more than 6000. So to help them, they trained a group of 40 boys, to carry messages, do look-out duty, help in the hospitals, and many other jobs – they had their own khaki uniforms. Mafeking was besieged for 217 days until the 17th of May 1900 when a flying column of British cavalry arrived and relieved the town.

NEWS OF MAFEKING IN LILYDALE
When the news of the town’s relief was heard in Lilydale, local bells were rang and people gathered in the streets to celebrate. The council announced that the 24th of May 1900 would be a day of celebrations known as Mafeking Day. An English Oak was planted on the 13th of June, in what is now Melba Park, and called the Mafeking Tree. A protective iron guard was placed around it and a special plaque commemorating the event was placed on the bars of the guard.

THEFT OF THE PLAQUE
The plaque remained in place for 120 years until September 2020 when the plaque at the Mafeking Tree (commemorating Baden Powell’s efforts) was stolen. The plaque, described by Lilydale RSL vice president Terry Hickey as “the oldest and most sacred war memorial in the Yarra Ranges and one of the oldest in Victoria” was never recovered. The theft of the plaque received state-wide media coverage and outraged the local community.

1st CROYDON HILLS GET INVOVLED
To celebrate Founder’s Day in 2021, 1st Croydon Hills Scout Group kick-started an initiative to reinstate a replacement plaque. Members from our group contacted the Yarra Ranges Council & Lilydale Historical Society outlining our intention to raise funds towards this goal. Our group organised a fundraising hike, requesting gold coin donations, with all contributions going towards replacing the stolen plaque. It was hoped this initiative would help preserve the memory of Baden Powell, show respect for our local community, and give a sense of achievement to our youth members once the plaque was re-established.

FUNDRAISING HIKE
On Tuesday the 23rd of February 2021 (the day after Founder’s Day) Joeys, Cubs, Scouts and Rovers from 1st Croydon Hills hiked from Lilydale Lake to the Mafeking Tree where they were met by representatives from the Yarra Ranges Council and Lilydale Historical Society. Upon arrival they were given presentations on the history of the Mafeking tree by Lilydale Historical Society President Sue Thompson and discussed how important it was for youth to protect our local parklands by Yarra Ranges Council representative Nick. The final tally raised by our youth members was $337.30. The Lilydale Historical society contributed further funds raising the total to $500. Yarra Ranges Council used these funds to assist in replacing the plaque and improving the aesthetics of the Mafeking Tree area.

NEW PLAQUE UNVEILING
On Saturday May 8th 2021, 1st Croydon Hills were invited to the unveiling of the new Mafeking Plaque. Present at the ceremony were representatives from the Yarra Ranges council, including master of ceremonies councillor Tim Heenan, and Sue Thompson President of the Lilydale Historical Society. Cub Leader, Ben Gillson from 1st Croydon Hills spoke at the unveiling and thanked all parties involved for working together but predominantly for including the youth members in the initiative. He commented that “Any youth member here today has witnessed a community coming together to preserve local heritage and I think it’s fantastic that they have been directly involved in that. The youth hiked, the youth raised the funds, and the youth heard the speeches when we arrived at the tree. I hope through the example set by everyone, that the Joeys, Cubs, Scouts and Rovers continue to develop a respect for local heritage, and local community, and strive to preserve both, well into the future. This has been a very rewarding experience for our youth members, giving them insight to community, respect, empathy, and most of all, we’ve had some fun doing it.” He then thanked the Lilydale Historical Society, Yarra Ranges Council and the Joeys, Cubs, Scouts and Rovers who got involved and raised $337.30.
1st Croydon Hills contribution and efforts have now become part of local history as well receiving coverage in local media. 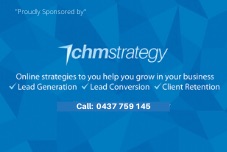